Home Theory What is Texture in Music: A Comprehensive Analysis 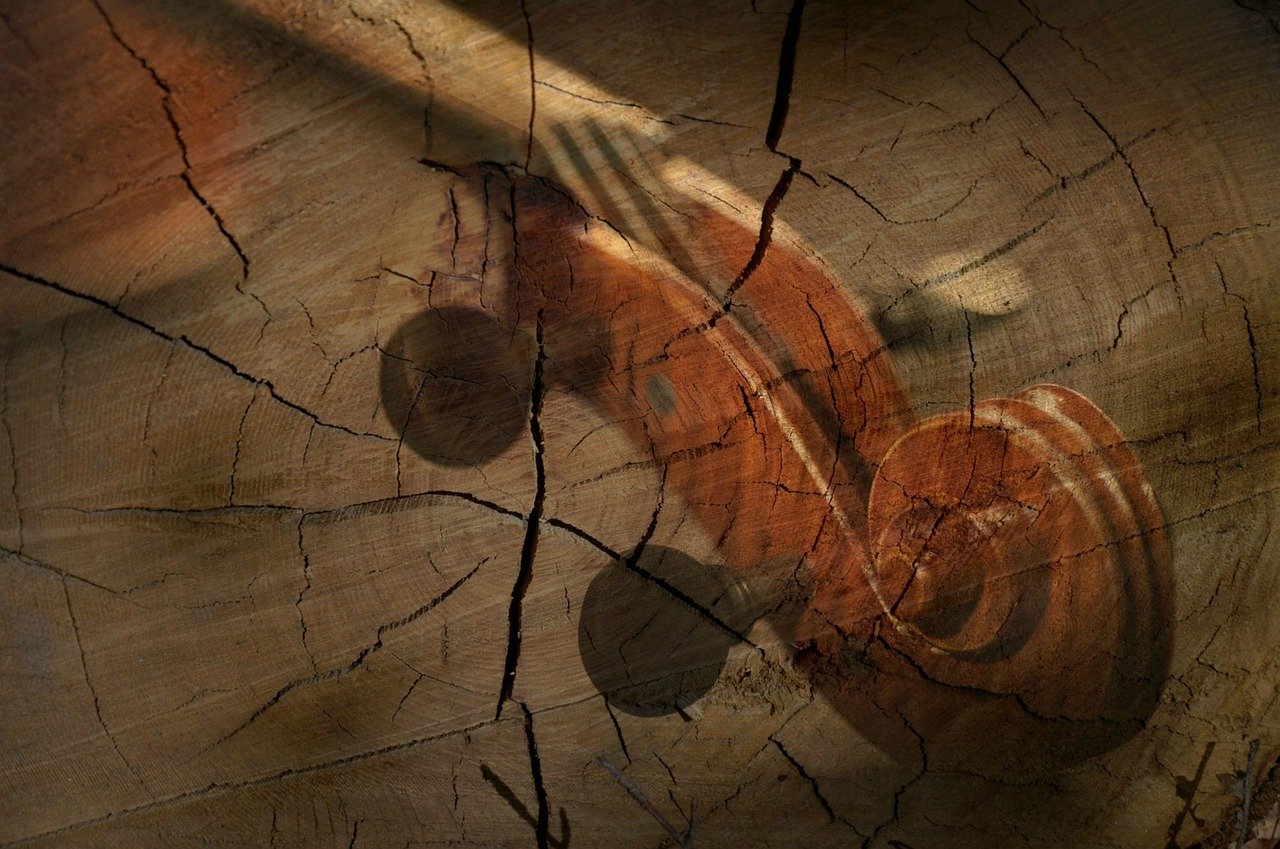 When we think of texture, we think of something that we can touch and feel. Texture, in general, refers to the surface appearance of something. But there is another integral part. Texture also describes how we feel about something. For instance, you can touch a sweater and feel it is soft and cozy. You can touch the hair and talk about its texture.

However, what do you mean when you talk about texture in music?

Before we answer the above question, let us discuss a little bit about texture and how it applies to various forms of art.

Texture is a fundamental part of art. Whether it’s a piece of music or a painting, texture plays a significant role in creating an overall feel. Texture is one of the seven elements of art that include shape, line, form, and color. In every art, texture is almost always present.

Take the example of an oil painting. You can run your fingers over it a feel the uneven surface of the paint. Texture in a painting can also be achieved by clever use of shading. The texture in a two-dimensional work refers to the visual feel of the painting.

A painter may use other elements of art like color, line, and shape to give the visual feel of objects, like a tree or stone.

There are different types of texture in various forms of art. So let’s move ahead and discuss what does texture means in music.

What is Texture in Music?

You know that texture relates to how something makes us feel. So in the case of music, it is how the overall music makes us feel. You can consider texture to be the surface appearance of the music. Just like a landscape, you can think of texture in music as the soundscape.

Texture is associated with touch, just like you feel softness by touching the woven fabric of a sweater. In music, the artist weaves distinct parts of music to create a sonic fabric. Texture here is defined in terms of dynamics, range, articulation, or complexity of rhythm.

The general terms that describe texture in music all indicate to the number of parts or voices in the piece and the relationship between them. In simple words, it’s the relationship of harmonies and melodies. Or, it’s how the layers of music in a track interact with each other.

You must have seen people have different ways to describe music. A piece can be called thick or thin, and that refers to the texture of the track. It tells you how much is happening in the piece of music. For instance, a piece of thick music or thick texture refers to the use of many layers of instruments.

Let’s take an example to illustrate texture in music. You must have eaten spaghetti or noodles, right? Now imagine that a single noodle is a melody line. So, each strand of noodle is a single melody by itself. You can call this monophonic texture (we will discuss the types of texture in a little while).

Now, you can also have all the strands of noodles on top of one another, like in a packet. So they can move together in chords leading to a homophonic texture.

Technically, texture in music refers to the parts or voices used in the piece. Based on this definition, music can be classified into several types of textures. We will discuss the traditional and new forms of texture in the next section.

Traditional Types of Texture in Music

Musicology, especially music history and music analysis, have used some general terms to describe various types of texture. There are five traditional types of texture in music-

Monophonic texture refers to a single line of music. Traditionally, this texture means one singer or instrument. You don’t have any secondary or accompanying melody. The term monophonic is applicable to all single lines of music, whether they are in unison, solo, or octave doubling.

Monophonic texture can also refer to music that uses multiple voices or instruments. The parts can be in different octaves or in unison, but they must have the same notes and rhythms. Sometimes, the music can even have the accompaniment of non-pitched rhythmic parts. But here too, they must be a single line that can have specific pitches. You can also call such arrangements monophony.

Homophony translates as “sounding together.” It is also referred to as homophony or chordal music as it is played in block chords. Homophony is the most common texture found in classical and popular Western music.

Homophonic music has a distinct melodic line that attracts your attention. The other parts accompany the main melody line or fill in the chords. As a result, aspects like accompaniment, chords, and harmonies come up while describing homophonic music. So, various instruments like pedal notes or walking bass may be used within the homophonic texture of music. However, all the chords complement the main melody and move together at the same speed.

There is one interesting characteristic of homophonic music. In the best of homophonic compositions, the accompanying chords or harmonies have melodic interest for the listener. They are quite enjoyable to listen to even when they differ from the main melody. Also, the composition may follow the rules of a well-written counterpoint.

Yet, the accompanying melodies don’t create a holistic piece of music without the main melodic line. When played together, you can clearly discern that they are not independent parts. They follow the same rhythm as the melody, complementing it by filling in the chords or harmony. So you can’t really call them melodies!

Polyphonic refers to many sounds. A piece of music with polyphonic texture has two or more melodic lines where all melodies are of equal importance. Also, they occur simultaneously and weave in and out of each other. Polyphonic music is also known by other names like polyphony, contrapuntal, or counterpoint music.

In simple words, any music that has more than one independent melody occurring simultaneously can be called polyphonic music.

Polyphonic music is typical of the Renaissance period. The dense and complex texture where several equal melodic lines come together to create a heightened musical expectation. The multiple dimensions and discernable melody lines playing together makes for an enjoyable musical experience. If you have listened to Bach, you must have come across several examples of polyphonic texture.

Polyphonic music may have a certain number of characteristics-

For instance, a flute may imitate a tune just played by the saxophone.

Imitations can also differ a bit from the original tune to make the music more interesting. You can improvise by-

Heterphonic music contains only one melodic line. But the main line is sung or played differently at the same time. In other words, heterophonic music plays simultaneous variations of the same melody line. The variation is played over the original melody line.

The instruments or voices in this type of texture are different in character or move in contrasting rhythms. Instead of containing variations of the main melody, a heterophonic piece of music may also contain substantially different melodies.

You can consider heterophony as a sub-category of polyphony or ragged type of monophony, or a combination of both.

Heterophonic texture is not common in Western Music. You can find its use in music from the Middle East, Native America, and South Asian countries. It’s also common in Bluegrass, Zydeco, and Cajun traditions.

Listen for singers or instrumentalists who play the same melody at the same time, but with different ornaments.

Antiphonal texture was used in old times in choirs or plays. Several artists or instrumentalists would take place at various locations in a church or stage and interact musically. Usually, there is a musical dialogue between the groups with an exchange of melodic ideas.

Giovanni Gabrieli, from times of Renaissance, used a lot of antiphony in his works. You can also listen to Michael Tippett’s Concerto for Double String Orchestra to find examples of this texture.

A few textures have become popular in modern times. Micropolyphony texture is one such example and became popular in the twentieth century. The music uses long dissonant notes that move over time at a slow pace. In short, it’s the simultaneous variations of lines, timbres, and rhythms. The harmonies don’t change abruptly but weave into each other.

The texture was developed by György Ligeti, who composed the soundtrack for Stanley Kubrick’s “2001: A Space Odyssey.”

Requiem for Soprano, Mezzo-Soprano, Mixed Choir, and Orchestra from the soundtrack of the movie

You also have some other types of textures in music-

Playing Music On Your Own

To be fair, it is essential that you learn all the basics and put in hard work as a beginner. If you build a strong foundation, you will be able to gain enterprise faster.

Working with an acoustic guitar for instance, will help you be a better guitarist who can then expand his knowledge. Your hands might be bruised at first, but you will become an excellent player for it.

An electric guitar, however, is easier to learn and you can always take up an acoustic afterwards. You will find it more convenient physically. Once your fingers get used to strumming the guitar, you will be able to use more pressure without feeling pain.

If you are wondering which of the two options would be easier to play and want that to be your only parameter for choosing, then go for an electric guitar.

Textures enable musicians to build drama and contrast by varying the layers of sound. A piece of music can contain more than one texture, as we already noted above. The use of musical instruments and voices of different characters can help musicians develop rich textures that heighten the pleasure of listening to music.