Home Audio How Many Keys Are On A Piano 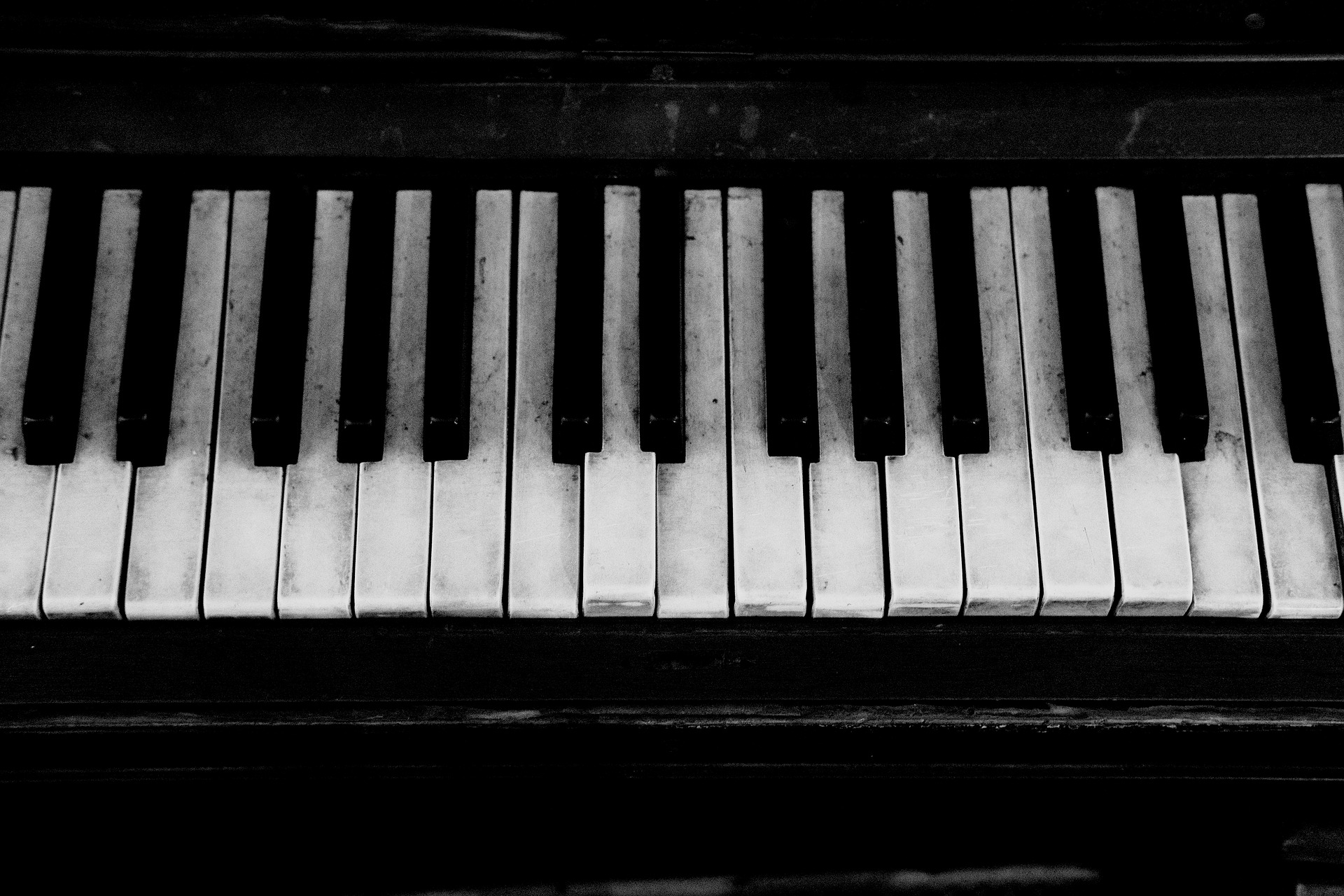 The piano has long been a staple instrument of western classical music, and with its melodious tunes, it has captivated music aficionados everywhere.

But for every student who begins to learn the piano, the most confusing part of the process becomes understanding the keys. The presence of a large number of keys makes the instrument slightly cumbersome to master. And with different types of pianos being made with varying key counts, the task becomes all the more troubling.

So, how many keys are on a piano?

That’s precisely what we are going to explore in this guide. But before getting into the thick of things, let’s take a peek at the history of the instrument. This will be beneficial in understanding why the piano has as many keys as it now does.

How The Piano Came To Be

Long before the piano was conceived, there used to be a large number of key-based instruments. And the most popular among them was the harpsichord, which had only sixty keys. This limited range of keys allowed for only five octaves to be played, which restricted the quality of music that could be produced.

Then, somewhere around the beginning of the eighteenth century, Bartolomeo Christofori from Italy created the first working piano. Christofori believed that the existing keyboard instruments needed to be rethought; with this end in mind, he set to work and the result was the Pianoforte.

But the most intriguing fact was that in trying to improve upon the existing instruments, the inventor created a device that had only 49 keys! This meant that composers were limited to a four-octave range.

But then why was the piano such a grand success?

Well, the answer lies in the name of the instrument itself. The word ‘pianoforte’ essentially translates to ‘soft and loud’, indicative of the fact that the instrument can play both loud as well as soft notes. This was unheard previously, and hence the piano found a place of significance in the domain of melody.

True to human nature, however, composers started to get more ambitious and began to experiment with variations on the instrument. Soon, pianos evolved to have 60 keys. This too was deemed insufficient, however.

The Arrival Of The Modern Piano

At the time of Bach, pianos had to be limited to their 60 key architecture. With the passage of time, major instrument makers such as Broadwood began to devote more significant efforts in creating better pianos. Thus, by the time of Beethoven, pianos had evolved enough to possess a total of 72 keys, which brought them closer to about six octaves.

Another significant development that took place about this time was the replacement of the age-old wooden frames with more durable, metallic ones. This prevented the warping of the frame, which meant the piano could stay in tune for longer periods.

By the time of Chopin’s arrival, pianos had reached the modern size we find them in today. They also had increased their key numbers to eighty-eight, which is the standard we see in most traditional pianos of the present. With eighty-eight keys, composers had access to seven and a quarter octaves, which meant they had greater freedom to experiment with their compositions.

The Significance Of Eighty-Eight

At this point, you are no doubt wondering why the modern piano has finally settled for eighty-eight as the optimal number of keys. The answer, of course, lies with the composers.

Eighty-eight keys provide composers with the required octave range that is needed to produce vibrant musical pieces. This, in turn, helps to express the subtler emotive melody that the piano is known for. Anything lower than this and the composers would be restricted; anything larger would simply be too awkward to learn and play.

Thus eighty-eight keys lie in that Goldilocks zone, where things are ‘just right’. Further, with a greater number of keys, the sounds produced by the excess keys would only add to the listener’s discomfort.

It must be remembered, however, that pianos need not necessarily be confined to 88 keys. There are many manufacturers, for example, Stuart and Sons or Bosendorfer, which manufacture pianos with a greater number of keys. And now that we know about the evolution of the regular piano let’s take a look at its electric cousin.

The Evolution Of The Electric Piano

Both classical and electric pianos can have the same number of keys, but the evolutionary path which electric pianos followed was significantly different. The first electric piano, known as the pre-piano, was meant as a practice instrument for beginners and had only forty-eight keys.

By the 1960s, the full-fledged portable keyboard pianos appeared for the first time, and they had seventy-three keys, a number close to the traditional eighty-eight. These pianos, however, had a tonal quality that was different than that of classical ones.

And unlike regular eighty-eight key pianos, which were mostly restricted to the realm of classical music, electric pianos found widespread use in the genres of popular music, especially Jazz and Rock. The rather distinctive sound of the instrument lent itself uniquely to these musical forms.

Today, however, you can find electric pianos that have the same eighty-eight keys as classical ones. Apart from this, manufacturers have come out with experimental variations that can have as many as a hundred and seventy-six keys.

While we are on the subject of piano keys, let’s take some time to explore the difference between the white and black keys on a piano. Anyone who has ever played the piano knows that each of the white keys essentially represents a note. This is simple enough.

What is more complicated are the black keys. Smaller and unevenly spaced, these keys lie between the white keys. And they represent semitones, also known as halftones, which lie between two notes or tones.

As a matter of historical interest, it must be mentioned that back in the 1800s, the coloring scheme of the piano keys was reversed. This meant that the note keys were black and semitone keys were white; over time, this has changed mostly due to aesthetic reasons.

How Many Keys Do You Need?

The one thing that has been established from the above discussion is that pianos can have any number of keys, though the standard is usually eighty-eight. The number of keys that your piano should have is determined by your level of expertise with the instrument.

For beginners, the optimal key number is usually sixty-one, which gives access to the full five octaves. Since there are a large number of compositions that one can practice with only five octaves, this should be enough to get a grip on the piano basics.

But if you are a professional, then go with the 88-keyboard variety, which gives you the greatest octave range. Of course, these pianos are somewhat on the expensive side and also require significant maintenance. But for experienced players, a full-sized piano is a must, as it allows you to not only play any piece but also compose new ones.

Finally, as we have already spent considerable time exploring how many keys are on a piano, let’s take a quick peek at the different piano sizes that are available. Of course, a complete discussion of all piano types would be too long. Nevertheless, we will explore the three main types of Grand pianos.

Baby grand piano dimensions typically vary between 4-feet 11-inches and 5-feet 6-inches. The Baby Grand is one of the most popular models among artists, mainly because of its unique tonal quality. Plus, it’s easy on the eyes and affordable.

The Parlor Grand is larger than the Baby Grand and usually stands at 5-feet 9-inches to 6-feet 1-inch. This is the most common type of piano found in living rooms and is perfect for practicing most pieces.

The largest of all grand pianos, the Concert Grand stands tall at 9-feet and is the preferred model of professionals.

Throughout history, the number of keys of a piano has been influenced primarily by composers and manufacturers. By pushing the limits of both technology and art, piano experts have given us a wide variety of instruments to choose from.

And while the standard number of keys on a piano is still eighty-eight, this can vary widely. So, it’s best that you select one according to your requirements, and master the basics first. And do let us know if all your queries were answered.