Home Industry How To Write A Love Song 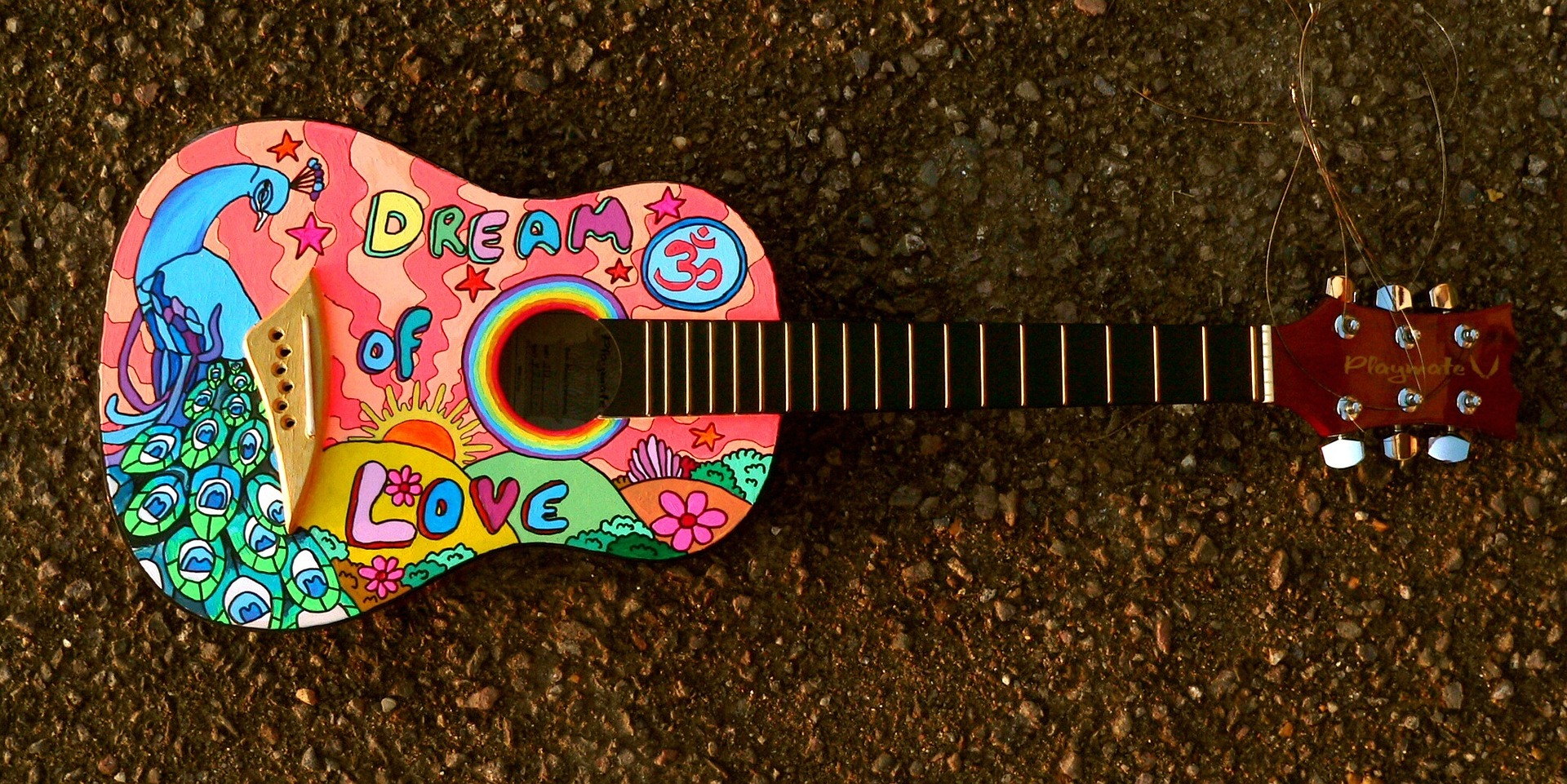 If there ever have been two most powerful things that changed human life, they are love and music.

When these two come together in the form of a song, then it does create magic in every way, doesn’t it?

So, have you ever wondered how a love song is written? Or, what actually sets it apart from other kinds of music?

Now, it’s a given that, as an extremely passionate and intelligent race, most of us may have tried to woo a significant someone by showing off some uber-cool skills at writing a love song.

However, what you have to understand is that writing a love song requires more than just emotions. And all of those things involve everything from structuring a song to infusing it with only the profound emotions of love.

So, if you’re looking to get it just right for a special occasion, here’s an extensive guide for you on how to write a love song!

1. Structure the verses, choruses and the bridge in your song

For those who don’t know these terms, the verse is the structure of the story or central idea of the song, while the chorus is that part which repeats this idea to emphasize it. And, what the bridge does is serve as the connecting part between these two elements.

So, the first thing you should do when you set out to write a love song is to structure these elements accordingly.

Most songs, especially love songs, are based on a pattern that includes 2-3 verses, 2-3 choruses, and a bridge. So, when putting it on paper, what you can do is start by structuring a Verse 1-Chorus-Verse 2-Chorus-Bridge-Verse 3-Chorus pattern. Remember to spare some space between your headings for filling in the lyrics.

What you must remember is that verses usually contain 4-6 long lines or 8-10 short lines. Choruses may be around 4-6 lines long. And, the bridge usually comprises a 2 line section falling between the second chorus and the third verse or chorus.

2. The title should say it all

The title of the love song is what you should convey your message through, clearly and confidently. If you are writing it for someone in particular, then think about how much that person means to you and how  they have contributed to your life. Or if it’s on the general feeling of love, then think about all the things that make you feel loved.

Then, you can select one characteristic of that person or one aspect from your life to say it in the title. This should be the central idea that you should expand on in your song.

Also, the rest of the theme of your song should match with the title. It is always advisable for you to keep the title between 1-4 words for the sake of keeping it simple and precise.

3. Settle on the lyrics of the chorus

There are two things that you should always remember about the chorus. First, it contains the central idea of the song, and that it repeats itself to foreground the idea. So, what you should do is accentuate this part first and foremost in your song to make it catchy and easy to get hooked on to.

Try repeating the title of your composition about 2-3 times, so that it gets stuck in the listener’s head, as you’d want that special someone humming it unaware.

Also, plan out 4 lines that will contain the similes and metaphors to set the imagery of your song. You can either make a rhyme of the first two lines and a different one for the last two lines. Or, you can alternate between them so that the first line rhymes with the third one and the second with the fourth one.

4. An alternate rhyme scheme for the verse

Your song should be composed of a definite story with a proper beginning and an end. And it should run smoothly throughout the course of the song, without flaking in substance or effect. Since you have to expand on a singular feeling towards a certain someone, it could be difficult to engage the listener’s attention. That is why you should use an alternating rhyme scheme with the A-B-A-B pattern with the same sound to create a focus on each verse. This way, you can make sure that you’re not repeating the same lyrics.

Try including metaphors and similes which aren’t cliche, but are emotionally charged enough to express exactly how you feel for your loved one. In this case, you need not include a third verse.

Additionally, a good tip for you here would be to use slant rhymes or near rhymes if you fail to find an appropriate word to fit in.

5. Rhyme the lines in the bridge

Along with connecting the verse and chorus in a song, the bridge also serves as a break from the continuing pattern and rhythm. You can explain the theme in this part in a way that is different from how you have described it in the verse or in the chorus. And if you want a longer bridge, then repeat the two lines you have written for it.

A “generator” is a tool or an application that can randomly shuffle and generate numerous songs. These random song generators include many albums and songs. So, if you wanted to listen to them, all you have to do is look it up on the search engine of the tool by putting in the play address.

Swanky new generators like LastFM and Spotify let you access songs randomly from all of your top favorite charts. And, you can also find direct links to some of the most popular sites on the internet.

What is a long romantic song?

A long romantic song is usually known as a ballad, which has an extensive verse. The narrative of the ballad is woven lyrically with soft musical cadences. Ballads have originated from the medieval French “ballade” or “chanson balladee,” which were originally “dance songs.”

This was a particular form of poetry and was widely used across Europe, eventually advancing to America, Australia, and Africa.

The ballad often has 13 lines with an ABAB BCBC rhyming form. It consists of two lines or couplets of the rhymed verse, of 14 syllables each. Another common ballad form contains a repetition of the ABAB or ABCB scheme, alternating between 8 and 6 syllable lines.

Songs with love in the title

There isn’t a lack of songs in the entire history of music with the word “love” in them. But, isn’t it always interesting to find newer ones that make you feel this inexplicably happy feeling over and over again?

So, if you are on the lookout for saying it out loud and clear with the most beautiful compositions ever, then here are some which you need to listen to right now!

1. Who You Love by John Mayer Ft. Katy Perry

Released in the year 2013 for John Mayer’s sixth studio album, Paradise Valley, this song is hailed as one of the classics in the contemporary country genre. The lyrics of this ballad sung by Mayer and Perry together fixates on and celebrates the undeniable and unbreakable bond of love between two hearts. And the theme revolves around the acceptance of falling in love, that makes it so mature and incredibly beautiful in every way.

2. Can’t Help Falling In Love With You by Elvis Presley

A legendary song, sung by the legend Elvis Presley himself, “Can’t Help Falling In Love With You” is indeed one of the most beautiful compositions for confessions of love. Charged ecstatically with the feelings of attachment, this 1961 song expresses the bittersweet helplessness of falling in love.

An iconic number and chart-buster, the song “Love Story” was one that had foregrounded Taylor Swift’s status as the Queen of American Pop. This song is a heartfelt confession of love and an ardent wish to have that perfect love story with that very special someone. It was released in 2008 and still remains one of the best-selling singles of all time.

The feeling of being in love, attracted to someone or even just being happy for being loved are inspirations enough for composing a love song. Rest, all you need to know are the ways to structure the essential components of such a piece.

And, what you’ve got to understand over here are the methods and techniques of getting all of the subtle, yet critical portions of the verse right. Because this is what will hold the listener’s interest in your song.

So, what we have attempted to do in this extensive guide is to help you learn the nitty-gritty of song-writing. And we sincerely hope that we were able to help you understand how to write a love song.

We’ll be back with more such musical subjects soon!

Till then…sing it out loud with love!