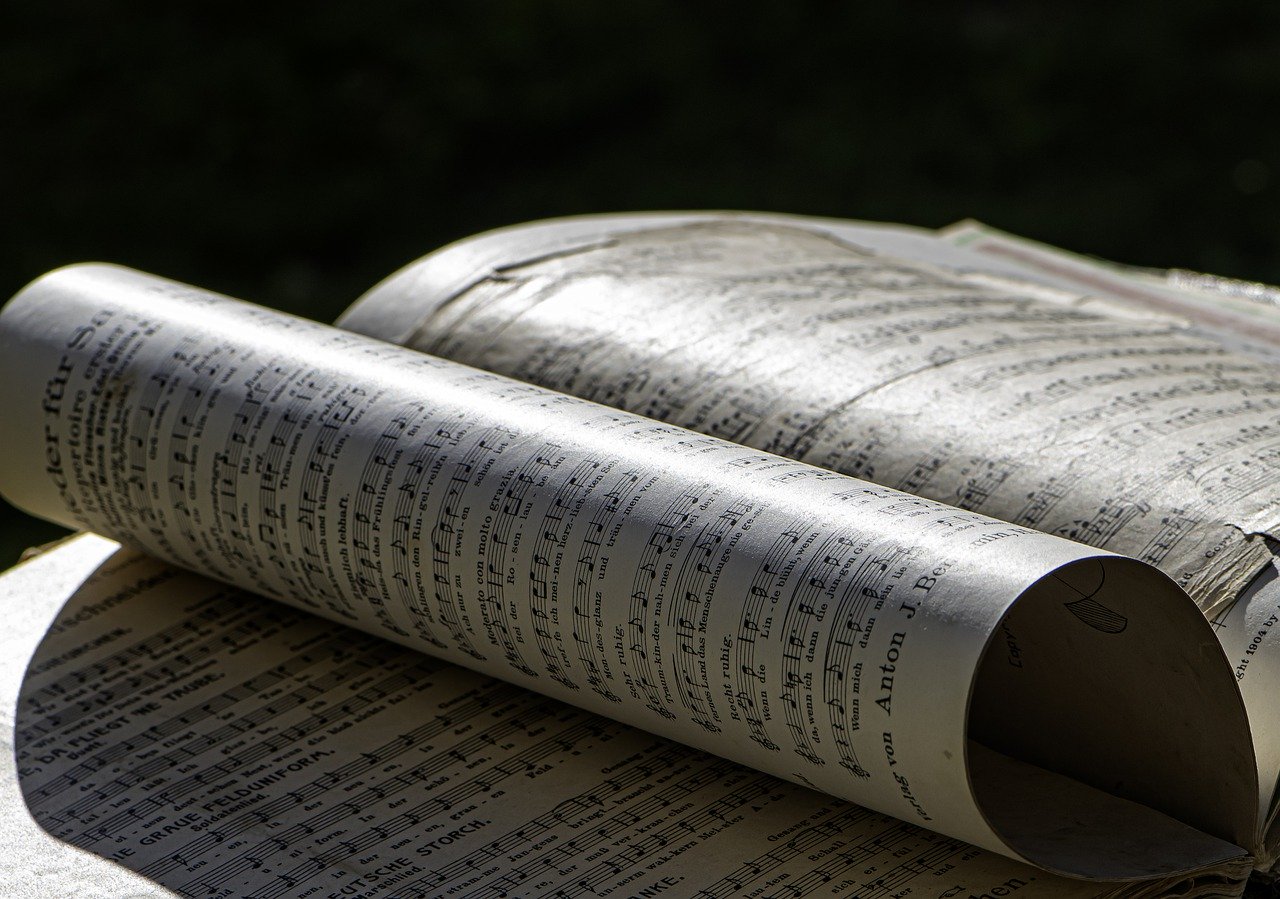 There can be numerous different elements that go into making a single musical fragment.

However, the most challenging part of it all is to be able to tell the subtle differences between two elements that may seem to be the same or belong to the same part of the composition.

To know the essential points of differences between such apparently indistinguishable parts of a musical piece, one needs to know their roles and functions, first.

And two such elements are the “hook” and the “chorus” in music. Belonging to almost the same segment in a composition, these two separate elements are yet, very different, denoting distinctive parts of the piece.

However, for those who don’t already know what they are, especially for a beginner, it can be pretty tricky to tell them apart.

So, in this guide, we have attempted to define and explain the primary difference between the “hook” and the “chorus” for you to understand.

Simply read on to know more about the tussle of hook vs chorus!

What is the hook?

One way to define a hook in a song is to explain it as a lyrical or musical phrase which stands apart from the rest of the composition. This is because the hook is the easiest to remember.

It’s the “catchy” part of the musical fragment which is repetitive, flows in a certain way, and, most importantly, possesses the commercial potential and lyrics. The hook can be said to contain the central idea of the song, and hence, be known as the “title” or the “key lyric line,” which frequently recurs.

How does it work?

Stylistically, the hook is the foundation-block of commercial music and something which is especially evident in hit-singles. Such compositions are usually of varying lengths from the repetition of a single note or a sequence of notes, up to a lyric phrase, or a complete verse. The hook is fundamentally the selling feature of your song, but inversely, it could also be as vague as a mere sound.

But, under any circumstance, a hook should ideally consist of one or more of the following:

The types of hooks

There are 3 major types of hooks that can dominate different musical compositions. In the following sections, we have detailed these 3 hook types for you.

The rhythm hook sets the ideal combination of the rhythm and the beat in a song. This way, one can say that it makes up an essential part of a song’s foundation.

Rhythm hooks were an incredibly popular aspect of the 70’s music, and have retained their charm even to this day. And, an iconic rhythm hook artist is Stevie Wonder, who marked almost all his hits with it.

You can create a rhythm hook by working up a beat. The most common ways to do this include tapping of the feet, clapping, or slapping the knee.

And since rhythm hooks need to be brief, the better way to make one is to improvise a fast 4 or 8 beat rhythm, which will grab all the attention. Likewise, the progression of the chord should also be short. Hence, you can create an impactful 1 or 2 chord progression, which will make a catchy tune when you repeat it.

After that, you’d have to compose a bass line where the end of the hook line connects with the beginning of it, seamlessly. This line should have a catchy rhythm, but it can be a different one from that played by the other instruments.

The intro hook is essentially a melodic idea that is used in the intro of a song. Once being foregrounded in the intro, it is generally repeated frequently. It appears in parts of the sequence, then drops out again.

An excellent example would be “Bad Romance” by Lady Gaga, where the repetitions of the “oh oh oh”s form the intro hook. Creating an intro hook requires the artist to improvise a brief melodic idea that will be based on an impactful, catchy rhythm. You must focus primarily on the notes belonging to the pentatonic scale to achieve an overall cohesion of the sounds.

You can begin by creating 3 distinct chord progressions which will go along with the hook. These 3 progressions should be capable of serving as the chorus, verse, and bridge progressions. But what you also have to make sure is that the hook should appear and shortly disappear with the progress of the song.

However, intro hooks, although sound pretty nice, tend to get monotonous if one listens to them over and over again.

An instrumental hook is often under-utilized, but it’s actually one of the essential elements for a songwriter. If you’re looking to create a background instrumental hook, you must work up a short 2 to 4 beat of a distinct and definite rhythm on the keyboard or guitar.

The hook created should also be accompanied by most chords contained in your preferred key. You should be able to use it in the chorus for the most part. A great example of an instrumental hook is the iconic “Like A Rolling Stone ” by Bob Dylan, that is contained in the organ-segment which occurs in each of the choruses.

What is a Chorus?

The “chorus” in music is also referred to as the AAA song form, a one-part song form, or a “strophic” form. The chorus is often interchangeably used with the “refrain” in the composition, a similar repetitive element which is not much different from the chorus.

It is that well-defined structure within a song where all the verses or stanzas of the composition are sung with the same melody.

The chorus may be a sectional or an additional element of a musical composition, depending on the number or frequency of repetition. This repetition is a part of a sectional or formal block which is played over and over again.

On the other hand, a “through-composed” is the opposite of a strophic form, and it includes new music which has been created for each stanza.

These are a few things that should make the concepts of the hook vs chorus clear to you.

The refrain and the chorus are often used synonymously and do, in fact, refer to any passage of a musical composition. However, there are certain subtle differences between them, which sets them apart from each other in different ways and contexts.

Chorus is actually that part of a musical fragment which includes the title or the “hook,” being repeated more than once in a song. While, a refrain can be, technically, termed as anything that is not a verse.

The chorus, in fact, holds more emotional intensity and musical significance than the verse. It mainly includes the central idea of a song, and it concentrates on the musical and lyrical expression of that very idea.

A refrain, on the other hand, is essentially a repeated musical line or phrase which makes the beginning and end of the song, tying up the two ends. It is only a word or phrase, while the chorus can contain “a string of words.”

The refrain, which is a repetitive phrase or several phrases, may behave like a chorus, almost achieving the same end. However, it isn’t included in a separate section and is not long enough to be termed as a genuine chorus.

What you have to know is that all choruses are refrains, but not all refrains are choruses. Because, a refrain specifically refers to the lyrics, where one can sing the words in a different melody, with different musical notes. But, a chorus repeats the lyrics in the song, along with the musical notes in it.

What is a pre-chorus?

A pre-chorus is an optional or semi-independent section that is frequently repeated after the verse. Although the pre-chorus often falls between the verse and the chorus, it is both lyrically and musically different from them. However, the pre-chorus always emerges in a musical piece in conjunction with the chorus.

The pre-chorus is also referred to as the “transitional bridge,” the “channel” or the “build” between the verse and the chorus. Being an intermediary element, it typically uses subdominant or similar transitional harmonies.

Also, it often happens that when the chorus and the verse adopt the same structure of harmony, the pre-chorus brings in a new harmonic pattern. It can also introduce a harmony which prepares the verse chords to evolve into the chorus gradually.

What makes a good song?

This is, undeniably, the universal question that all songwriters and music composers of the world want to have the answer to. And, like every other mystery, the answer for this one too, lies in an artist’s understanding of his craft.

However, if one had to explain it stylistically, we would say that an ideal musical composition will have all its constructive devices set in perfect balance with each other. Because only such a structure can resonate the divine harmony through each of its notes and chords.

To make it even easier for you, here are some of the qualities that make a song stand apart from just any other rhythmic composition.

If one merely skims over these two elements in music, it may appear that the hook is behaving in the same, repetitive way as that of the chorus.

However, as we have already mentioned in our definitions of these two previously, the hook will always contain the main idea of the song. Whereas, the chorus is used more like an enhancement for making the piece catchy.

But, the primary factor that one needs to keep in mind is that the chorus will always contain the hook, and never vice-versa. And, this makes the chorus a significantly more inclusive element that retains the hook within itself, making it an integral part.

We hope we were able to provide you with an insight into the subject, and that you liked what you read.