Home Music and Mind Songs About Helping Others 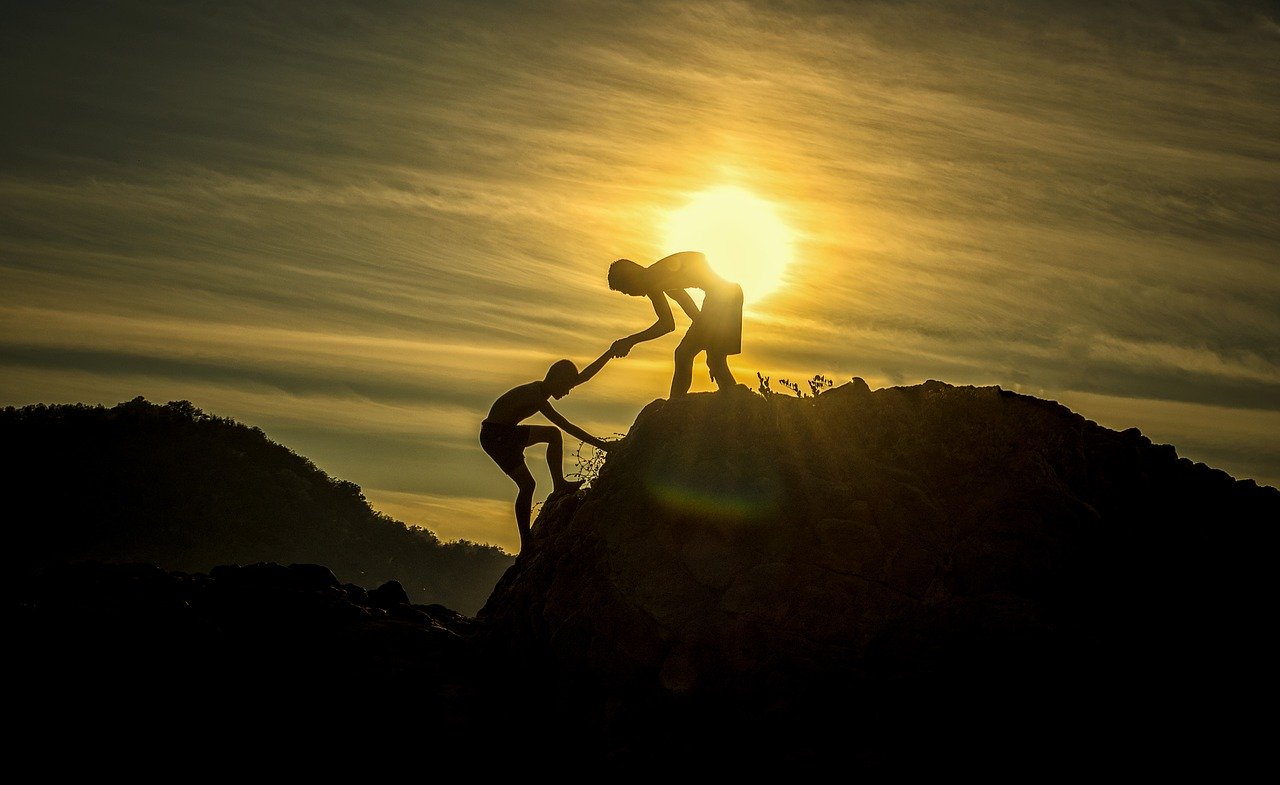 There’s hardly anything else as fulfilling as the feeling of having someone who will always be there for you. Life is an unpredictable roller-coaster ride, and you never know which sort of ups and downs you are about to encounter.

So, whenever somebody assures us that they’ll be with us through thick and thin, it acts as a source of motivation. This way, it helps us overcome the negativity and make positive progress.

There have been numerous artists in history that have personified compassion and selflessness through their timeless lyrics and melodies. And today, we’re here to suggest some of the songs about helping others that you can listen to or dedicate, to share this sentiment with others.

So, without any further ado, let’s get started.

1. Spice Girls- Say you’ll be there

Spice Girls is an American band that emerged like wildfire during the early 2000s and has been one of our top favorites ever since. Their popular hit, “Say you’ll be there,” is a song that stands the test of time with the emotional depth that it carries.

Now, when we say that we’ll be there for someone, we mean it in a very selfless way. However, relationships nowadays are becoming toxic because as one person keeps giving their everything to it, the other one starts to take everything for granted.

In this context, the song describes that being there for someone is a two-way thing, and that’s what helps maintain balance in a relationship.

2. Bill Withers- Lean on Me

“Lean on Me” is one of our top recommendations when it comes to songs about giving yourself to someone. Even the story behind this song is quite inspiring because it was penned down by Bill Withers while he was at his lowest. The song reflects the sorrow that Bill went through as he moved from his hometown West Virginia.

This song speaks about how we sincerely wish for someone to be there for us when we’re trying to settle in a new unfamiliar place amongst thousands of unknown faces. Now, not only has this song resonated beautifully with the lives of so many people, but it has also set a new milestone in Wither’s career. In short, “Lean on Me” is Bill Weather’s first no.1 song in the world-famous Billboard Hot 100 songs list.

3. The Moffatts- I’ll be there for you

This next song on our list was once unarguably one of the cheesiest pop songs of the 90s era if you remember. However, if you look past the boyish charm of The Moffats, the lyrics of “I’ll be there for you” actually stands out as one of the greatest songs about protecting someone.

Although the song doesn’t carry an in-depth existential meaning, it’s a very straightforward pop song that talks about being there for someone as a pillar of support. However, we wouldn’t label it as a romantic song, as we believe you can dedicate this to your close friends and family as well.

4. Randy Newman- You’ve got a friend in me

“You’ve got a friend in me” was dedicated to the beautiful bond shared between Buzz Lightyear and Woody, and has continued to resemble selfless compassion with its lyrics ever since. Now if you’ve ever seen the popular Disney movie “Toy Story,” you too would agree that this is one of the best songs about giving and loving unconditionally.

We couldn’t think of a better song that speaks about standing by someone’s side through their ups and downs as a constant source of support and motivation. So if you have a friend who’s possibly going through tough times, this is the perfect song you can dedicate to them.

Michael Buble is undoubtedly one of the most versatile singers of the United Kingdom, who has always left us in awe with his vocal performance and penmanship. His super hit single “Hold on” paints quite a picture of the strength of true love. It says that two people who share deep feelings for each other are unbreakably strong when they are together.

The song revolves around a lover who promises their significant other that if they stand together, they can overcome all the hardships that may come. Overall, “Hold on” by Michael Buble is a beautiful song about love that will continue to inspire generations to come.

Nickelback doesn’t require an introduction when it comes to music that can move mountains and heal the broken. This evergreen rock band had redefined friendship years ago with its timeless classic hit, “Never gonna be alone.”

The story of this song revolves around the protagonist assuring their friend that he’ll be there during their highs and lows, unconditionally. During the course, the main protagonist is trying to compensate for the lost time and assuring them a lifetime of togetherness and compassion. The astounding lyricism of this song makes it one of the best songs about helping others one can find.

7. Josh Groban- You raise me up

We’ve hardly come across any song till now that has described our loved one’s contribution in our lives with such artistic expression. No matter how hard we deny, there’s always an unsung hero in our lives who keep rooting for us without asking for anything in return.

So, “You raise me up” is a beautiful song through which you can acknowledge their efforts and try to give yourself in for their happiness as well. You can dedicate this song to let them know that you’re thankful for their efforts, and help them rise above their demons too.

8. James Taylor- You’ve got a friend

The popular version of “You’ve got a friend” is a significant milestone in the music career of evergreen artist James Taylor. However, not many are aware that this song was initially written, sung, and produced by Carole King.

King had penned down this song as a response to one of James Taylor’s older songs. King had mentioned that the line “I’ve seen lonely times when I could not find a friend” sung by Taylor had inspired her to write this beautiful song. “You’ve got a friend” is one of the most beautiful songs about love and friendship that we believe can cheer up your special ones.

9. A Day to Remember- Have faith in me

As we begin to move towards inspirational music that is not as popular as our previous recommendations, the first song that comes to our mind is “Have faith in me.” Now if you usually keep yourself updated on independent rock music, we’re guessing that you’ve heard of A Day to Remember before.

Now coming to the song, it speaks about having trust in others and taking proper care of them. When asked about the inspiration behind this song, frontman Mckinnon had said, “I am a man of my word, and this song is all about keeping your word.” So if you’re developing a playlist that consists of songs about protecting someone, you need to keep this suggestion of ours in mind.

EDM or Electronic Dance Music is one of the most controversial genres of recent times. People across the world usually have mixed feelings about the impact of EDM music on our lives. However, Kygo had redefined the dynamics of EDM music with his superhit collaboration with Ella Henderson, popularly known as “Here for you.”

This song revolves around a friendly promise of being there through the twists and turns of someone’s life. The mesmerizing vocal performance by Henderson and Kygo’s musical genius make it an uplifting song that personifies love and compassion.

The ultimate song on our list is one of our favorites, produced by an experimental band that bends numerous genres to create beautiful music. “At your side” by The Corrs is one of the most underappreciated songs of its time that talks about being there for someone.

“When the daylight’s gone, and you’re on your own/, And you need a friend just to be around/ I will comfort you, I will take your hand.”

The lyrics of this beautiful song proves that music helps a lot in conveying a message in situations where words fall short.

Nothing acts as a more significant source of inspiration than music. It is a universal language that one can use to convey a message in certain situations where words aren’t enough. So, one of the best ways of helping others through tough times is to dedicate a song to the bond you share.

That being said, we hope that we were able to introduce you to some soothing and uplifting songs about compassion through our top suggestions. Stay tuned for more insightful content about music and its impact on our lives, and we’ll see you soon.