Home Culture The 10 Best Blues Albums Of All Times 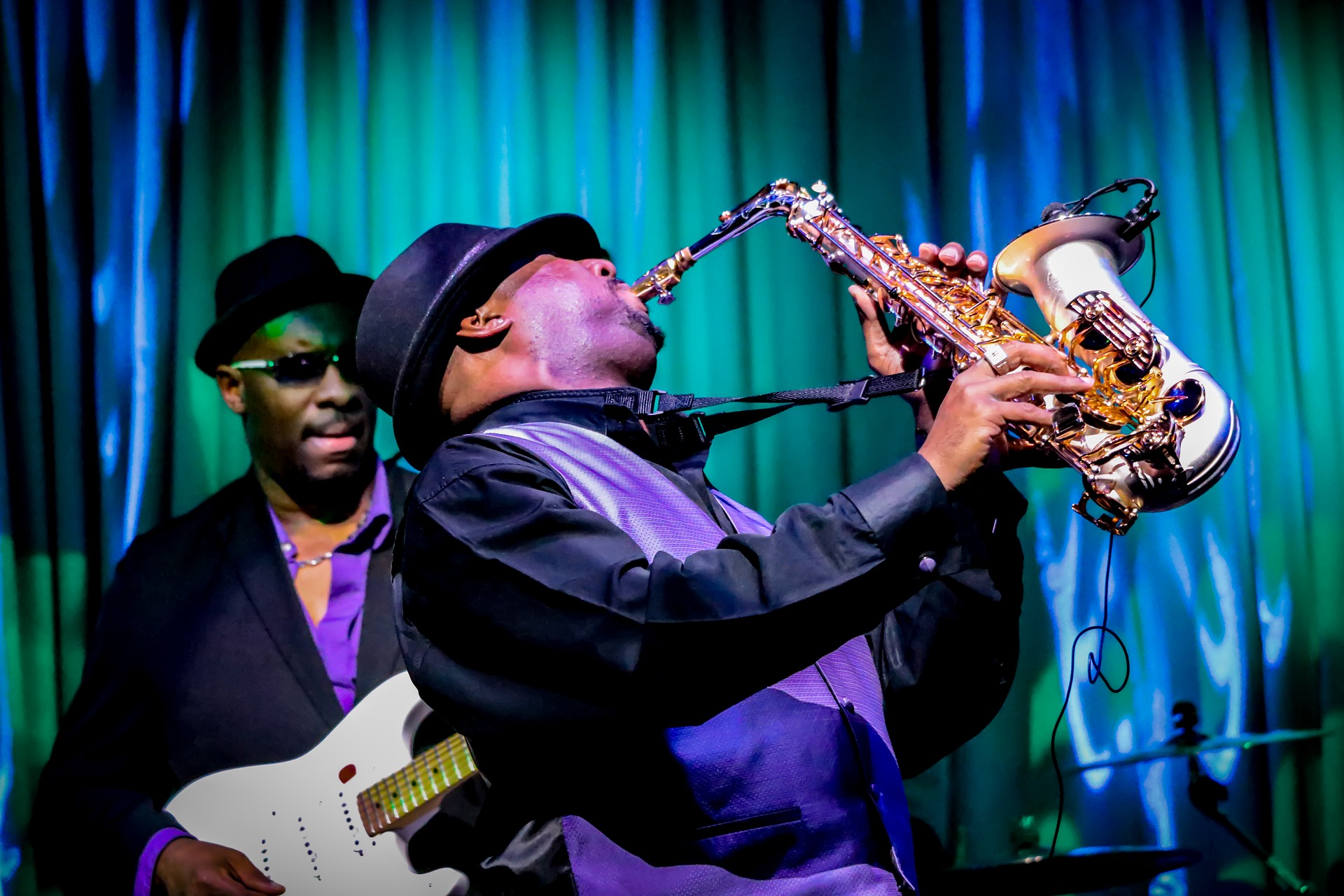 For those just starting in the realm of the Blues, choosing the best Blues collections can seem outright impossible.

Sure, you can start your journey with the best B.B. King album…but which one is the best? Or maybe you want to begin with one of Muddy Waters’s albums? The choices can be intimidating.

Choosing the best Blues album from among the many legends is a task that wouldn’t be envied by anyone. Yet, we have set out to do just that, and hope to make a selection that justifies being called the best among the rest.

So let’s begin our search for the best Blues albums of all time.

Texas Flood, Vaughan’s debut album, was released by Epic Records in 1983, and it became an instant bestseller. The release came at a time when the Blues craze was at a low ebb, and artists were struggling.

This made the success of the album all the more significant. Texas Flood went on to become immensely popular and even landed on the Billboard Top 40, where it stayed for a year and a half.

And even though Vaughan progressed to making better records and developed a unique artistic style, he is perhaps best remembered for this Blues album. After all, it revived the passion of the Blues at a time when everyone thought the genre to be well past its prime. Perhaps, it is for this reason that this album is still considered to contain the best blues rock songs ever.

B.B. King, undoubtedly, is one of the legends of the Blues world. A brilliant singer, an expert guitarist and above all a complete performer, Mr. King is known the world over as the King Of The Blues. And Live At The Regal is the perfect showcase for all his talents.

This groundbreaking album was recorded live on 21st November 1964 at Chicago’s Regal Theatre before an enthusiastic audience. And what a performance it was! Supported amply by his band, King delivered his finest! Rarely was his voice in so excellent a form. Moving effortlessly from falsetto to his natural tone, King treats the guests to a sophisticated performance.

And it’s made all the more memorable due to his stellar work on the guitar. Overall, Live At The Regal is an absolute necessity for anyone looking to explore the Blues genre.

Again, we have to include an album by another King, this time Albert. Albert King’s compilation album Born Under A Bad Sign was released in 1967 by Stax Records and featured a total of eleven electric Blues songs.

Although the album failed to reach any of the charts, it received positive reviews. Now, however, the album is considered to be one of the defining works in the Blues genre and is widely appreciated by the critics.

The guitar work on the album is deemed to be iconic and went on to influence many legendary guitarists such as Eric Clapton and Jimi Hendrix. This album holds the distinction of being inducted into the Blues Foundation Hall of Fame and the Grammy Hall of Fame. Along with that, it also features on the Rolling Stone’s list of the 500 greatest albums of all time.

4. I Was Walking Through The Woods By Buddy Guy

Buddy Guy was a Blues legend and recorded for Chess Records from 1960 to 1967. While he never really achieved much chart-success, this classic collection of ten singles perfectly brings out his characteristic vocal style. Though not considered his best, this album is true to the roots of this brilliant artist.

1960 saw Muddy Waters bring his crowd-raising Blues to the Newport Jazz Festival. With Water’s powerful voice complemented by James Cotton’s brilliant harmonica work, this dazzling performance by the master saw a predominantly white crowd swaying to the tunes of his legendary vocals. A transcendental performance if there ever was one, this is one album that any Blues fan must have in their collection.

6. King Of The Delta Blues Singers By Robert Johnson

Although decades have passed since his last performance, Robert Johnson is still regarded as one of the greatest Blues guitar players of all time. This 20th-century legend is one of the most influential artists ever to emerge onto the Blues stage and was one of the singers who pretty much represented the Blues of the period.

King Of The Delta Blues Singers is a collection of songs recorded by Johnson way back in 1930, though it wasn’t until thirty years later that the album was released as a compilation. In spite of being decades old, the songs in this collection hold the distinction of being relevant even in current times.

The very reason for the significance of these songs is that they were recorded at a time when production and mixing were virtually non-existent. Naturally, the performance focuses on brilliant songwriting, enchanting music, and of course, ounces of pure Blues passion. Couple this with rumors that Johnson sold his soul to the devil, and you’ve got a performance that’s magical as well as mysterious.

7. Moanin’ In The Moonlight By Howlin’ Wolf

Moanin’ In The Moonlight was released in 1959 and was Howlin’ Wolf’s first album. It is essentially a collection of singles that he performed for Chess Records between 1951 and 1959, together with the songs recorded between 1961 and 1962. This collection is widely considered to be among the artist’s finest works and has acquired the distinction of being one of the defining examples of the genre.

Along with his imposing persona, Wolf’s raw and rough vocal talents are highlighted in every song of this collection. With the triple talents of Willie Dixon, Jimmy Rogers, and Hubert Sumlin backing the artist, songs such as Wang Dang Doodle and Spoonful are still essential hears for any Blues fan.

Hoodoo Man Blues holds the distinction of being Well’s first album and was released by Delmark Records in 1965. The young artist put his heart and soul into the performance, which was backed by his longtime friend Buddy Guy on the guitar strings.

In the collection, the artist set out with the goal of capturing the essence of a West Side Blues Club performance. This, according to fans, he achieved with unmatched success.

9. Where Did You Sleep Last Night By Lead Belly

Lead Belly’s earliest songs have been tracked by prominent personalities and even institutions such as the Library of Congress. So you just can’t go wrong with a collection from this Blues master. Widely considered as an innovator on the 12-strings, Lead Belly was popular due to his renditions of spiritual as well as folk songs with equal ease.

Many of his best works in this album have been covered by other contemporary legends such as Elvis Presley, Bruce Springsteen, and Jack White. And despite the rather dated recording techniques used in those days, you can still feel the power and eternal vibrancy of Lead Belly’s voice through this album.

Finally, no list of best Blues albums can be complete without mentioning the Queen of Chicago Blues. This self-titled album was her second and was released through Chess records.

The highlight of the album remains the song Wang Dang Doodle, which is considered to be her signature tune. This album is a testament to the fact that Taylor could be as hard-hitting as her male counterparts. What’s more, it also opens the doors to the performances of earlier ladies in Blues such as Bessie Smith.

The Blues canon is one of the most influential in the entire world, and millions still love to lose themselves in the musical maze that it has to offer. And after all, if you consider the brilliant performances in this genre, it’s hard not to.

In this article, we’ve tried to create a compilation of the best Blues albums that we think every Blues aficionado should have in their collection. But that does not mean that great Blues songs don’t exist outside of this list.

The Blues selection is so vast that we’ve had to create a separate list of the best modern Blues songs that you can find. Be sure to go through that list for some more Blues greats. And if you think we missed any of the Blues albums that should be on this list, then do let us know in the comments below. As always, we’d love to hear from you.

Till then, make sure the melody never stops!