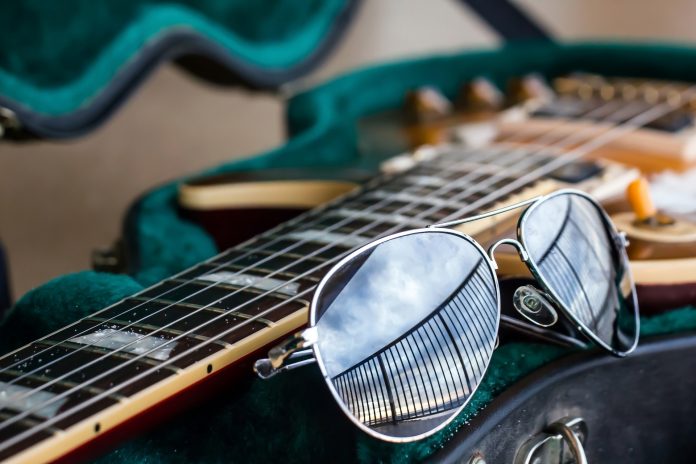 Since when did “noise” start to evolve and seep into harmony? Why did it even happen in the first place?

Wasn’t music always supposed to be ‘pleasing’ to the ears?

When Jim Morrison wrote ‘The End’ in 1967, he was banned from singing it in clubs! The song contained abusive language, which many found too difficult to handle.

But more so because it voiced the common man crumbling under the pressure of every grueling injustice done in his name. Yeah! Rock, from its very origin, is essentially badass! It’s the expression of that suppressed unconscious which screams every moment inside us, and one that comes out with pure, burning truths.

So, to pay tribute to the screaming voices, and brush away all those snide comments of rock music dying a slow death, we take a step back to the memory lane. Let’s take a look at some of the best 90s rock songs, a time when the alternative rock hit the chords of popular music.

Some of the most epic songs

Well, it all started with Nirvana’s ‘Nevermind’ in 1991. It was a merger of hard rock and punk, that fused with some of their most chaotic live shows. Nirvana had a reputation of writing catchy songs that hit the core of your hearts, and what hit, even more, was the presence of Cobain.

‘Smells Like Teen Spirit’ is one of the most epic songs of the era. It used to be the most popular grunge anthem of the 90s, and millions of indie club dancefloors still dance in its energy to this day. The song is evergreen!

The untimely death of Kurt Cobain had shocked the entire world, for we knew, with him died all those strangely relatable words about heartbreak, pain, and love.

Who doesn’t remember the shrieking and painfully beautiful voice of Axl Rose that resonated throughout the 90s and beyond? While ‘Sweet Child of Mine’ became the anthem of every rock and punk rock fandom, November Rain hit them with a jerk of heartbreak and the angst of unrequited love.

When I look into your eyes

I can see a love restrained

But darlin’ when I hold you

Don’t you know I feel the same

Very few laid down words from the deepest chords of their heart and laid them bare for everyone to see. We are all on the lookout for a pair of eyes we can call home. And Axl Rose takes it to a whole new level of relatability when he stumbles upon the crooked reality that despite every inch of sharing and caring, people do fall apart!

And the world understood what it meant to walk in the November Rain, a rain that’s forlorn, a mist that yearns to meet the ground, but can’t!

The Show Must Go on – Queen

Whoever said rock is just about how morbid this world is, and how dark it has become, surely hasn’t dipped their toes into the very crux of this genre’s philosophy. Rock celebrates life! End of story. It screams to the world that this life is worth living, despite everything that goes wrong. That noise is just a normal part of music because it’s the essence of our lives as well.

And Queen has set the perfect stage for fusing the chords of optimism, love, hope, and protest in the times of grave hopelessness. ‘The Show Must Go on’ from their 1991 album ‘Innuendo’ is a quintessential example of that.

Inside my heart is breaking

My makeup may be flaking

But my smile, still, stays on

The fiery Freddie Mercury, and the one of angelic beauty, David Bowie, amazed the world with their optimism when everything was going wrong with this world. The 90s saw the Twin Towers truck bombing attack, the Gulf War, the bombing of Iraq, and everything to hit you right where it hurts the most: your conscience.

Queen came like a sudden gush of intense wind in a land that has forgotten the meaning of hope and their smile stayed on!

And this is how rock music lives on! Through hope, through pain, through sorrow, and through the darkness, rock music can survive anything, and most importantly, through the truth. That’s why we call this genre badass.

Some badass rock songs for you!

After alternative rock became mainstream, a few artists tried to introduce and experiment with the lyrics and their flow alongside the wide assortment of electric bass guitars and drums. From speaking of the horrors, pain, happiness, and hope of the human mind, they shifted to painting surreal landscapes, putting up ‘words for words’ sake’. One such great example is Soundgarden’s Black Hole Sun.

This song reminds you of the poem ‘Kubla Khan’ by Coleridge. Once you play the song, you will be hit by a strange assortment of random imagery.

In my eyes, indisposed

In disguises, no one knows

Hides the face, lies the snake

The sun in my disgrace

Call my name through the cream

And I’ll hear you scream again

The strange part is, you won’t be able to explain this song to anyone, but it perfectly communicates to you. The images, one after the other, perfectly blend to form a bizarre aural landscape. It’s one of those rock symphonies that doesn’t try to enrage you or fill you with exquisite joy or immense despair. It just is, and with it, you will simply drift along.

Killing in the Name – Rage Against the Machines

Very few songs have as great an afterlife as this immensely hit number from Rage against the Machines. That’s because only some bands come out with their grueling anger against how this system works and strives to lend a voice to the oppressed.

Killing in the Name was written at a critical juncture of modern American history where racism is rampant to this day. The famous movie ‘American History X’ strangely echoes this song, which was written after the random beating of the black motorist Rodney King by four LAPD officers. The footage was captured in CCTV and is a gruesome reminder of everything that’s wrong with society.

The song doesn’t have much to say, but it’s one of the most badass rock songs because of the pure rage that comes out through the voices of Rocha, Morello, and Wilk.

However, if you think rock music is all about loudness and taking out the anger from within, you’re so gravely mistaken. When the genre fuses with the piano, the music becomes a pathway of nostalgia, peace, memories, pain, love, and so much more.

That’s why it’s time just to close your eyes and let yourself go with the flow of a couple of the best 90s rock piano songs we have listed here.

Yeah, we agree getting out of the hangover of Kobain is difficult. And when there’s a prog-rock piano rendition of the famous 90s song ‘Lithium,’ it’s hard not to include it in the list.

I’m so happy because today

They’re in my head

Lithium is a song of acceptance; a sweet yet painful story of a loner who has come to accept the fact that the world around him isn’t that great. Like their own selves, it’s ugly too! It’s clearly one of the best 90s rock songs that remains etched deep into the youth’s psyche.

Although you won’t hear the lyrics in the piano version, the music generates a sense of melancholy and loneliness, fusing with a strange feeling of togetherness that’s born from there.

Hunger Strike – Temple of the Dog

We’d like to end with a jewel from the past. Hunger Strike is one of the most hard-hitting songs that hit the charts as a single breakout album with only one track.

Once you start listening to it, it will remind you of the moon-walking giant, Michael Jackson’s famous track ‘What about us?’ Both these songs echo the distant screams of the starving people who churn out the great wheels of production and come nowhere in anyone’s priority list.

Temple of the Dog voices their pain, and its piano rock version manages to hit your chords of conscience perfectly every time. Its lyrics goes like this:

But it’s on the table

The slaves are all working

Blood is on the table

The mouths are all choking

If you wanted to curate the perfect list of ‘Best 90s Rock Songs’, we can assure you that halfway through, you’ll be spoilt with choices.

Rock music has evolved and shaped itself with the ever-changing world around us and the politics that govern it. And for all those times you thought no one understands you, some of the greatest musicians of our times picked up the guitar and sang out our hearts.