Home Culture What Is Indie Music? 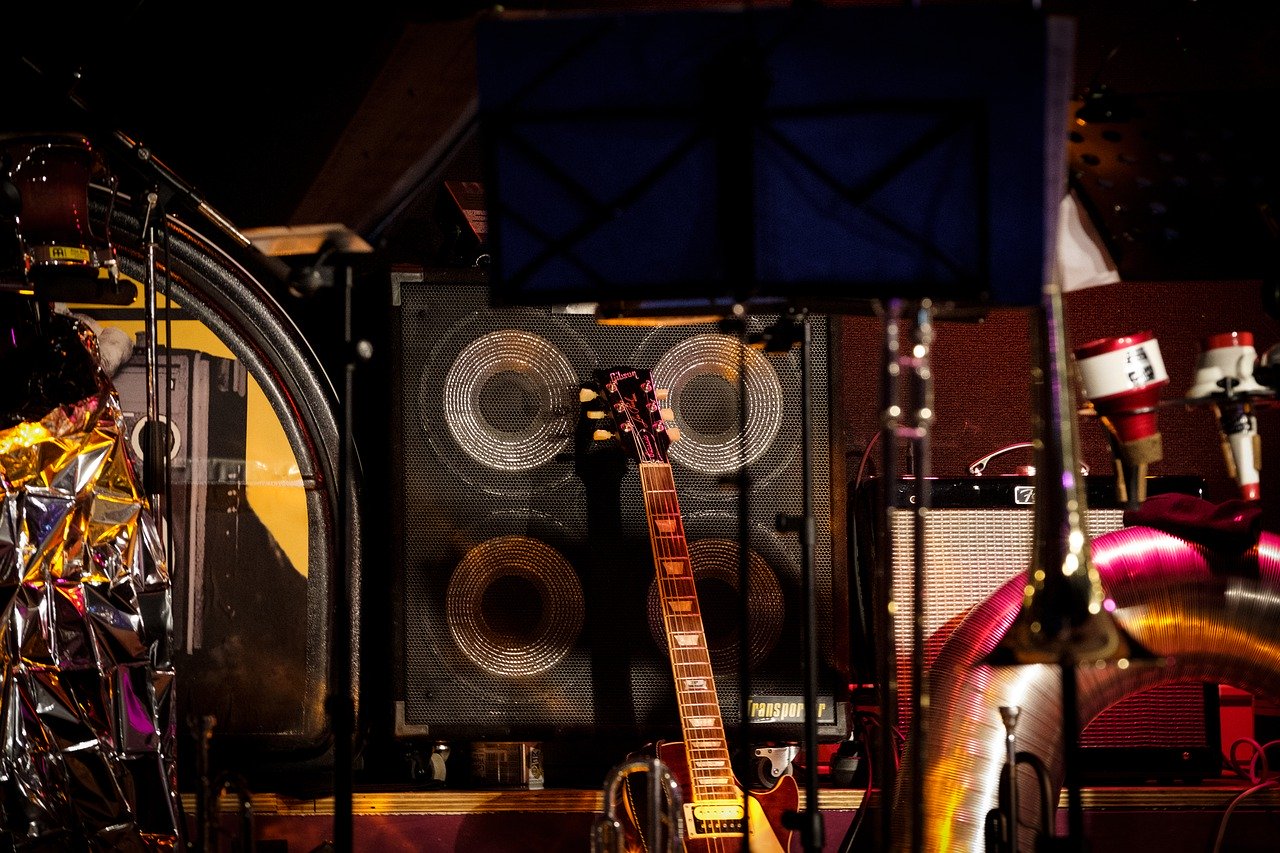 Music genres are becoming increasingly difficult to define these days. Gone are the times when you could be satisfied being just a rock-and-roll fan.

Today, the different sub-genres and flavors of music have created an intricate web of sound that is very hard to define.

And, Indie music is definitely adding color to this musical medley.

Indie Music began as the answer to ending the monopoly of big labels and studios. Over time it has undoubtedly come a long way since it first began to strum out its original tunes.

Today, we are going to take a peek at what is Indie music, how it started its journey, and what the future of Indie may hold.

So let’s lend an ear.

The moment we hear about Indie music, we visualize images of hippy-like figures in loose-fitting clothes and longer-than-necessary hair, strumming out sad tunes on weather-beaten guitars. The Indie artists are also expected to be soft-spoken and polite, yet with a tinge of rebelliousness to their character. That is the image of the quintessential Indie artist.

But what is Indie music, exactly?

If you take it literally, Indie is the short form of independent. This simply implies that Indie artists are those who produce their music independent of any big record companies. This classification of Indie artists is extremely broad and can include multiple genres.

Initially, Indie referred to smaller artists producing independent music. Eventually, however, the term came to refer to a style, or rather a medley of styles, that was typical of the music that was produced by these small players.

This is evident by the journey of Indie down the annals of history. The past of Indie music is as eclectic as the tunes generally associated with the genre. Let’s take a moment to peel back the curtains of time and sneak a peek.

No matter what genre they are partial to, all music fans agree that Indie music is one of the most ambiguous styles ever to hit our eardrums. The term Indie is not new, and can be traced back to the 1920’s. Generally it’s agreed that the genre, as we have come to identify with, began with the Spiral Scratch EP by the Buzzcocks.

Released in April of 1977, this 4-track masterpiece by the band is recognized by the world as the first, totally independently produced and distributed piece of music. What began as an experiment immediately became a resounding success post-release.

The original thousand copies were sold out and had to be quickly followed by fifteen-thousand more. This one album fundamentally paved the way for the rise of Indie music as a separate genre.

The above, of course, is the story of the UK. In the US, the Indie movement has followed a distinctly different path. Here, Indie became synonymous with the outgrowths of the post-punk and new-wave movements, which had its roots in the 70s punk movement. The resultant genre emerged as an alternative to commercial forms of radio music and was predominantly popular with college radio stations.

By the early 90s, alternative rock emerged from the underground and joined the mainstream market. This resulted in a separation of the alternative scene, which ultimately gave rise to two factions.

One of these went over to the major labels, while the others chose to remain faithful to the Indie path. The group of artists who went commercial (for instance, Nirvana) were labeled alternative rock, while those who stayed behind retained the Indie moniker.

Today, Indie is scattered across multiple sub-genres such as Indie rock, Indie dance, and even Indie electronic. As can be easily understood, almost every music genre that exists can have an Indie version associated with it.  And Indie will remain a force to be reckoned with as long as there are artists who chose to remain free of large labels and produce music on their own terms.

So now that we know what Indie music is, you must be interested to know more about this particular sonic flavor. To satisfy that very curiosity, here’s a tour of the present Indie scene.

The Indie Aesthetic In The Age Of The Internet

The Indie movement started at a time when artists were a means of connecting people from different social and economic strata. Today, we have the internet as a great leveler.

So how is Indie faring today?

There are, necessarily, two sides to the argument. While both have their separate merits, we’re not here to support one side or the other. So let’s take a look at both, and we’ll let you, dear reader, decide with which view to subscribe.

Some believe that the age of the internet has opened up many vistas of opportunity for those looking to take the Indie route. One of the significant hurdles that earlier Indie artists had to face was that of distribution.

While it was, no doubt, difficult to produce music independently, it must’ve been harder still to get people to actually hear your music. Indie artists seldom had access to modern distribution facilities. Further, all major distribution channels were monopolized by the big labels. Due to this, Indie artists found the dissemination of their music to be a fierce battle.

In today’s era of YouTube, Facebook, and Spotify, creating an album and uploading it for the world to see is merely a matter of a few clicks. With the rise of digital media, the promotion of music, especially in the form of video, has become extremely easy. Platforms such as YouTube have become responsible for providing a launchpad for Indie artists today.

This has naturally led to speculation that because of online platforms that help Indie artists take their work directly to the audience, there is a diminishing need for major labels.

However, there are arguments on the other side as well.

And those state that Indie music has certainly lost it’s rebellious character and is becoming more mainstream with the times. Major YouTube sensations such as Justin Bieber and Owl City (the Indie electronic project by Adam Young) eventually started out as independent. But after gaining popularity, they went on to sign deals with major labels. So perhaps Indie is no longer recognized or even required?

Meanwhile, let’s take a look at some of the significant Indie sensations that have created unforgettable waves in the pages of musical history.

Some Of The Best Indie Music Bands Ever

Formed in Abingdon, Oxfordshire in 1985, Radiohead is one of the legends of the Indie music scene. Consisting of Throne Yorke, brothers Jonny and Colin Greenwood, Ed O’Brien and Philip Selway, the band has produced some great hits like Creep (1982) and Karma Police (1997). With multiple awards under their belt, they can be classified under the sub-genre Indie electronic, experimental and alternative rock.

The Strokes started out in 1998 and were based out of New York. This Indie-rock band comprised of Julian Casablancas, the lead singer, guitarists Albert Hammond Junior and Nick Valensi, while Nicolai Fraiture and Fabrizio Moretti featured on the bass and drums respectively. Some of their significant hits are You Only Live Once (2006) and Last Night (2001).

Another English rock band from Sheffield, the Arctic Monkeys were formed in 2002 by Alex Turner, Jamie Cook, Nick O’Malley, Matt Helders, and Andy Nicholson. However, Nicholson left the band shortly after their debut album in 2006.

Belonging to the Indie garage rock sub-genre, some of their hits are R U Mine (2012) and Do I Wanna Know (2013). They also won the Mercury Prize in 2006 for their debut album Whatever People Say I Am, That’s What I’m Not.

No discussion of Indie music can be complete without mentioning Nirvana, the band that gave us hits like The Man Who Sold The World (1994) and Smells Like Teen Spirit (1991). Nirvana was founded by the legendary Kurt Cobain (who was the lead guitarist and frontman of the band) and bassist Krist Novoselic.

This band popularized Indie-rock and brought it over to the American mainstream like no other band, before or after. With a sound that was a heady blend of Black Sabbath and Cheap Trick, Nirvana’s aesthetic was strictly Indie-rock.

So, where is Indie music headed? Granted, it has lost a lot of its original pizzazz. But even in the age of YouTube and Spotify, Indie artists continue to produce experimental sounds. Sounds which still mesmerize the current population with their novel tones and brilliant arrangements, not to mention hard-hitting lyrics.

Indie music has changed its tune over the years, but it is still going strong. And as time flies, we can only expect new artists to enter the Indie fold, experimenting and producing better sounds than what were ever heard in the past.

That, at least, is music to our ears.