Home Theory What Is a Refrain In Music? 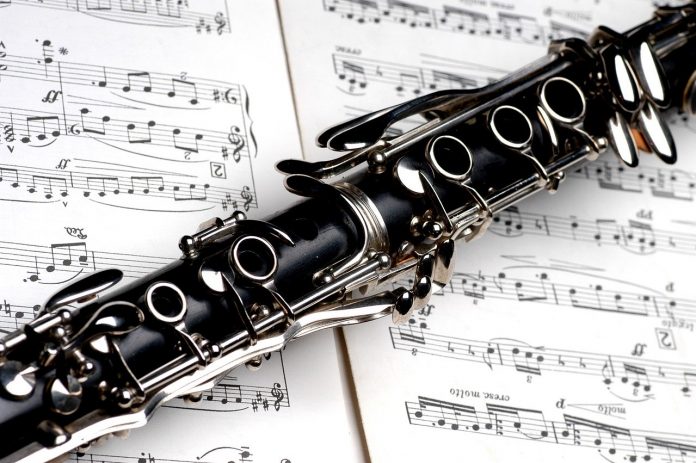 When you study music, it’s a given that you’d have to go through a myriad of terms and their respective definitions, even to understand just a fragment of a melody.

And although there are certain significantly vital things that come into play during the process of creating music, they may not be all that simple to understand.

One such definite term is the “refrain,” which fundamentally refers to the “repetitions” of a particular line or stanza that appear in a song. But, the refrain in a song is also pretty identical to the “chorus,” which is one of the essential parts of a composition. Also, there’s always going to be a certain extent of confusion as refrains occur both in music and poetry.

So, what we have done here is make an attempt to explain to you what exactly a refrain means in music. And if you’re interested to know more about the subject, then do make sure to stick by till the end of this read.

How do we define a “refrain” in music?

A refrain is typically defined as a line or multiple lines which are repeated for a set number of times in poetry or music. It can also be used interchangeably with the term “chorus” for a few reasons, which we will try to explain to you along the course of this guide.

However, there are certain points of differentiation between these terms, due to which we can’t exactly call them one and the same.

In popular musical genres, the chorus or refrain can be said to oppose and collide with the “verse,” rhythmically, harmonically and melodically. The verse or verse-chorus is a popular music form that has been widely used in famous genres such as the “rock and roll” and the “blues” since the ’50s.

So, a chorus may take on a greater level of importance or “dynamics” and activity that is often coordinated with instrumentation.

What is a Chorus?

The “chorus” is also known as the “strophic form.” It is, in fact, also called the AAA song form, or the one-part song form. It is fundamentally a definite structure in the song where all the stanzas or verses of the lyrics are sung to the same music.

The strophic form is an addition and/or sectional element of the structure of a music piece. And it is dependant on the repetition of a formal block or sectional that is played over and over again. Conversely, the opposite of a strophic form is known as a “through-composed”, and it consists of new music that has been composed for each stanza.

What is the difference between a refrain and a chorus?

Now, the thing that makes it difficult to understand the similarities between a refrain and a chorus is that they are used interchangeably. In fact, they both refer to any passage of a particular composition. A refrain maybe, technically, taken to be anything that is not a verse.

And, the part of the song which contains the title or the “hook”, appearing more than once in a song, is generally known as the “chorus.” The chorus is mainly of more significant musical and emotional intensity compared to the verse.

A refrain is basically a repeated musical phrase or line that creates a definite beginning and end to a song, tying them up in a composition. On the other hand, a chorus usually contains the central idea of the song, focusing on what is being musically and lyrically expressed.

Also, a refrain is only a particular phrase or a word, while a chorus typically contains a string of words, for that matter.

The refrain, being a repetitive phrase or many phrases, somewhat behave like a chorus, serving almost the same purpose. But, it is not contained in a separate section or is even long enough to be an actual chorus.

For example, you can find refrains in songs like “She Loves You” by The Beatles’ (“yeah, yeah, yeah”), AC/DC’s “You Shook Me All Night Long,” and the nursery rhyme “London Bridge Is Falling Down.”

So, it should be clear to you by now that all choruses are refrains, but it is incorrect to say that all refrains are choruses. A refrain will always specifically refer to the lyrics of a composition. And these words could always be sung in a different melody, that is, with different musical notes.

But, a chorus, even though appearing much like a refrain, repeats both the musical notes as well as the lyrics in a song. This is a subtle, yet the major point of difference between the two, which is easy to miss out on; and then you might end up getting confused about their nature.

How does the refrain work in popular music genres?

The “choric” refrain works in two ways when it comes to modern, popular music. However, to understand this part, you do have to know a bit about its evolutionary history.

Anybody learning about music composition will definitely know about the “thirty-two bar song form,” which was the most common music form in the initial years of the 20th century. And this music form defines the “chorus” as the primary section of the song, composed in a 32 bar AABA form. This was one way that the refrain worked for older music.

When rock music started making its presence felt in the 1950s, a different form eventually started being commonly used for the pop music genre. This was based on an open-ended rhythmic cycle of verses, rather than the standard and fixed 32-bar form.

In such a form, “choruses” with fixed lyrics are woven in alternatively with “verses,” which had different lyrics for each repetition. In such a structure, the chorus contrasts with the verse, which generally feels as if its eventually going to end with a chorus. You will find many songs from this period being in a “verse and a choric-refrain” form.

The “refrain” and the “chorus” are often considered to be somewhat switchable terms. But, it has been suggested that a “refrain” should be exclusively used for a recurring line of a similar text and melody, which are the parts of a formal section. This may be an A section in an AABA form or a verse. However, on the other hand, a “chorus” will refer to a distinct part of the form.

What is the choric-refrain’s role in jazz?

If you studied the Tin-Pan Alley songs, you would find that many use the 32-bar form, which is vital to the genre of jazz. In the arrangements of jazz music, “chorus” means the same musical unit as what you’d find in the tradition of the Tin Pan Alley.

However, the only point of difference between jazz and Tin Pan Alley, is that the former can have one song which may consist of multiple choruses.

According to esteemed musicians, Von Appen and Frie-Hauenschild, a “chorus” could also stand for one iteration of the 32 bars in the AABA form. And, this especially concerns jazz musicians, since they have to improvise over many such repetitions of choruses.

What is an Arranger’s Chorus?

The Arranger’s Chorus, in the tradition of jazz, is where the composer or “arranger” makes use of especially elaborate or complex techniques to show off their skills. This can include the use of “reharmonization,” “tone-color,” “counterpoint,” or any other device which is used in orchestration. However, the arranger’s chorus is usually not the initial or even the final chorus of a performance.

The Shout Chorus, which is also referred to as the “out chorus,” is generally the final chorus of the arrangement of a bigger band. It is primarily characterized by a spirited and energetic performance that culminates into a musical crescendo or climax.

A shout chorus includes extreme ranges and loud dynamics, along with a rearrangement of the existing “melodic motives” into brief, accented riffs. Also, these choruses often include “tutti” denoting the inclusion of the entire orchestra rather than just the soloist, or a “concerted writing”.

But, it may also make use of a “contrapuntal” writing or a “call and response” that is coordinated between the saxophone and the brass. It may also take place between the drummer and the ensemble.

Moreover, the brass players in such performances make frequent use of extended forms and techniques, which include turns, doits, shakes, or falls to add an element of excitement.

To compose even a fragment of harmony, it takes the composer to learn nothing short of a million different factors. And, learning all about the essentials such as the “refrain” and its relationship with the “chorus,” or other parts of the harmony, could take a good while.

It goes without saying that getting the basics right is the first step to success. And that is what we have tried to help you out with, through this guide.

We hope you found it to be helpful and that you liked what you read.